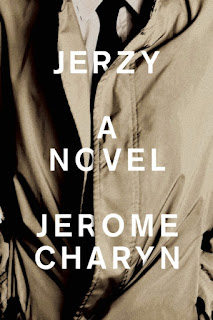 Jerzy Kosinski was a great enigma of post-World War II literature. When he exploded onto the American literary scene in 1965 with his best-selling novel The Painted Bird, he was revered as a Holocaust survivor and refugee from the world hidden behind the Soviet Iron Curtain. He won major literary awards, befriended actor Peter Sellers (who appeared in the screen adaptation of his novel Being There), and was a guest on talk shows and at the Oscars. But soon the facade began to crack, and behind the public persona emerged a ruthless social climber, sexual libertine, and pathological liar who may have plagiarized his greatest works.

This is a sideways glance into Jerry Kosinski's life, and the man's personal struggle with his many demons. It touches on his lack of authenticity in his greatest work and therefore jeopardizing its ultimate renown and thereby destroying his professional career.

A pathological liar, he seemed to me a very troubled, mixed-up sort of soul due to the tension-filled conflict he battled within himself all his life. His inability to define his true identity harmed him in so many ways, mostly because he was never able to figure out who he really was as a human being, on the page or in life.

Jerzy can be purchased at:
Amazon
Barnes and Noble
IndieBound
Bellevue Literary Press 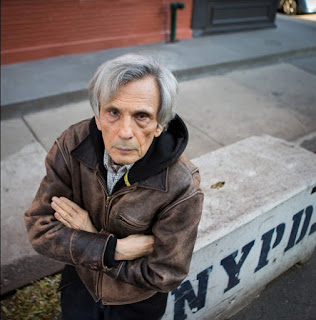 Jerome Charyn is the author of more than fifty works of fiction and nonfiction, including A Loaded Gun: Emily Dickinson for the 21st Century, Bitter Bronx: Thirteen Stories, I Am Abraham: A Novel of Lincoln and the Civil War, and The Secret Life of Emily Dickinson: A Novel. Among other honors, he has been longlisted for the PEN Award for Biography, honored as a finalist for the PEN/Faulkner Award, named a Commander of Arts and Letters by the French Minister of Culture, and is the recipient of a Guggenheim Fellowship and the Rosenthal Family Foundation Award for Fiction from the American Academy of Arts and Letters. He lives in New York.

a Rafflecopter giveaway
Posted by Tribute Books Mama at 10:53 AM