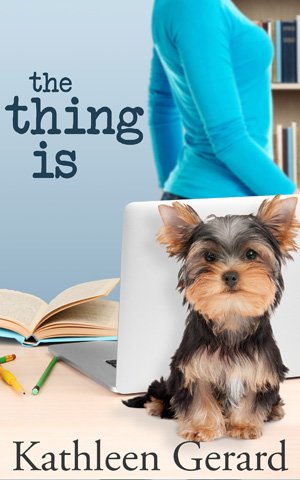 Can a woman mired deep in the throes of grief have her heart and soul rallied by a therapy dog named Prozac who possesses supernatural wisdom and a canine Mensa IQ? Meredith Mancuso is depressed. Ever since the death of her fiancé, she has shrunk from the world. Even with her successful writing career, she's not motivated to work. When her sister, Monica, begs for a favor, Meredith wants nothing more than to say no. But she’s ultimately roped into pet-sitting an orphaned Yorkshire terrier named Prozac. Blessed with spiritual wisdom and a high IQ, Prozac is an active pet therapy dog. To heal broken-hearted Meredith, he rallies his fan club at Evergreen Gardens, an independent living facility, where he visits each week. Prozac and the community of resilient older folks challenged by losses of their own propel Meredith, often against her will, back into the land of the living. Meredith learns that most people carry some sort of burden, but it's still possible to find meaning, purpose, and joy—and even love—along the way. THE THING IS—a perfect read for fans of General Fiction, Contemporary Fiction, Romantic Comedy, and Dog and Pet Lovers!

Being a dog lover, I found this story to be very enjoyable. You gotta love the dog's name Prozac and how he'd hide in the toilet whenever he got scared. There were so many scenes that made me laugh! He's truly a special little dog, who provided the spark a woman suffering from depression needed to get going again.

I really connected with Prozac's role as a therapy dog at a senior living community. My aunt through marriage spent seven years in a nursing home and some of her roommates reminded me of characters in the book. It's amazing how true to life they were written. They felt so real, like I'd met them before in real life. (Although I never met one technically proficient enough to sync multiple iPads in order to watch more than one soap opera at the same time - what a hoot!)

In the end, Prozac brought so many lives together without even saying a word. Trust me if you're looking for a book that uplifts the spirit, then consider this a MUST read.

The Thing Is can be purchased at:
Amazon
Barnes and Noble
iTunes 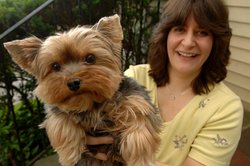 Kathleen Gerard writes across genres. Her work has been awarded many literary prizes and has been published in magazines, journals, widely anthologized and broadcast on National Public Radio (NPR). Kathleen writes and reviews books for Shelf Awareness. Kathleen's woman-in-jeopardy novel, IN TRANSIT, won "Best Romantic Fiction" at the New York Book Festival.