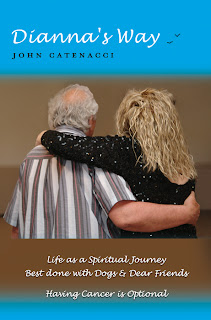 Dianna is a young woman in her late 20’s when she meets John, a man in his late 40's. They fall in love and marry. A central feature of their life plan is to have one child to fulfill her fervent lifelong dream of being a mother.

Not long into their marriage, Dianna discovers she has an aggressive form of breast cancer.

Hand in hand, they begin a 17 year spiritual journey into the nature of love and healing. Along the way, she discovers and fulfills her life purpose and, in the process, takes John by the hand, gently helping him to reveal, then fulfill, his own.

In the beginning, John, being much older, thought he would be her teacher but gradually discovers in the most important dimensions of life quite the opposite is true. With Dianna’s guidance, he ultimately discovers we are all teachers, we are all students and we are all one.

Theirs is a story of courage, determination and a lightness of being, as they descend into the deepest valleys of crushing disappointment, pain and suffering only to rise again to ever higher peaks of appreciation, gratitude and love. Throughout it all, their journey is laced with light and laughter.

Even today, after her passing, they continue their relationship, piercing the Illusion that veils this reality, exploring its limits while continuing a spiritual journey without end.

Excerpt
The Beginning of Something Else

We are in bed. Dianna is reading a book about healing cancer, while I’m thumbing through a bird hunting magazine. Dianna lays her book on the end table and rolls over toward me. I lay down the magazine, too. She has my undivided attention now.

“I think we make love every day in some way,” I say.

I let out a big sigh. We have not had sex since the transplant. I have been thinking about this for quite a while, and nothing ever comes up making sense to me.

“Don’t you find me desirable anymore? Do you still love me?”

“Do you actually have to ask me that?” I’m looking her right in the eye. “I love you more now than I ever have.”

“I don’t have a way to explain it. It’s not that I don’t find you attractive or desirable. It’s just with everything that has happened to us, to you, I just…I don’t know what to say.”

“It’s because I’ve lost my breasts, isn’t it. You never touch them anymore.”

“Well, honey, we’ve discussed that already. You’ve admitted you don’t have any feeling there anymore. Why would I touch them? I don’t fondle doorknobs, either. But, anyway, your breasts have nothing to do with it.”

“The only way I can put it is, I love you very much, and more and more with each passing year. But expressing my love for you in a sexual way feels…I don’t know…just feels inappropriate somehow.”

“I’m a woman with womanly needs. I still desire you sexually. I would love to have sex with you like a normal human being.” She slides her arm under my arm. “I feel rejected. That hurts.” 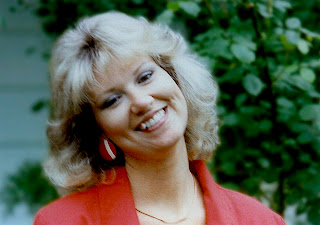 “I realize that. I feel terrible about it. Don’t you think I haven’t thought about how much you’ve lost? You have lost your dream of having a child. Now your menstrual cycles have ended, reminding you that all you are going to get from now on is hot flashes instead of the child you so dearly wanted. You’ve lost your breasts, a part of you, you were always so proud of…, and you have lost your hair twelve times. You…”

I laugh. Then, so does she, a little.

“What I’m trying to say, maybe not very well, is I realize all these losses assail your femininity, of what it means to be a woman, …and… not having sex with your partner is just another thing piled on top of all the rest. It’s the last thing you need to have happen in your life, right now. I know I can’t feel what you feel exactly…, but I do understand these are losses you deal with every day. That’s why it hurts me so much to be stuck like this, this way.”

“Then, I don’t understand why you would want to deprive me of this, too.”

My eyes are getting wet, and my heart is thick in my throat.

“Believe me, if I could do anything about it, I would. I just can’t. Men can’t fake it, you know.”

I put my arms around her and pull her close to me. I can’t stop the tears now.

She starts to cry, softly, quietly, burying her head into my neck.

We fall into silence. There doesn’t seem to be anything else to say. I keep my arms around her, and she keeps her arm over me.

We fall asleep that way. 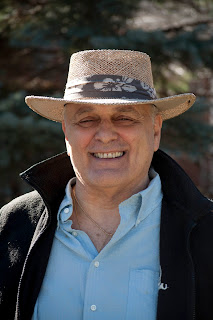 After spending his youth doing cement construction work while getting his education, John Catenacci earned a Bachelor’s degree in chemical engineering. He went on to work on the Apollo 11 Project as a member of the USAF in California, then as an engineer for the Dow Chemical Company in Midland, MI, doing both process research as well as designing and building chemical plants.

Mid-career he became interested in group dynamics, leading to another 20-year career in team building that took him across the U.S., Canada, Europe and Saudi Arabia.

With a sprinkling of published short stories and articles in small magazines along the way, his abiding passion has always been writing, something now coming to fruition in this, his first book.

a Rafflecopter giveaway
Posted by Tribute Books at 12:01 AM