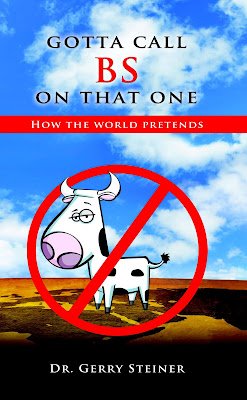 Was missile defense started to save the free world or start a new empire? Do religions help us understand God or help keep God a mystery? Do schools prepare us for life or delay our lives? Does Congress help protect us or help exploit us? Has there ever been any BS involved in any of the above? Have we embraced or challenged the BS.? Could we make a difference? Would we want to make a difference?

Whether reading a newspaper, watching TV, or listening to a song, we are probably observing and absorbing a certain amount of BS. Do we recognize it, realize it, reject it or absorb it. This book provides a beginning to considering these questions. It can provide a basis for understanding, a basis for action, a cause of laughter, a foundation for tears, or some combination. This book often states the obvious, but it’s the obvious that often we collectively don’t seem to own up to. Much of the strife of life, the inequities of the world, even the causes of wars and disasters of the economy might be rooted in our collective self-deception.

The adventure starts with a reflection on a fairy tale from our childhood and one from Washington. It then joins a pair – a professor and his young assistant on an American adventure. They look at such topics as social interaction, sports professional and local, and our individual fitness. Business and education provide many examples and insights. Next, religion and science provide contrasts and similarities.

Government, politics, the legal system, and military service complete this brief trip. In each area, the presence and effects of BS are noted. The final section is devoted to the three greatest downfalls of society in the last century. They are identified and their drastic effects on our society are briefly examined.

Have you ever wanted to stand up during a speech, lecture, sermon, advertisement and just yell. You weren’t being directly harmed or attacked. Nothing was physically being stolen from you. No one was demanding your mind or your money. Just the same, you felt violated in a very real sense. BS steals from us all. Pretending to accept the false makes it harder to trust the authentic.

It seems very important that we know what is real and what is BS. It is also important that those that generate BS, (we all do some) realize that they’re not fooling anyone. It would really mess things up if all BS were challenged and rejected, but it might be useful if it were identified and acknowledged. As I started to collect my thoughts, I was almost overwhelmed by the examples and challenges that life presents us. Almost every area of our experience is affected. In the book I have not put much emphasis on politics. As we proceed in this election year I am sure that we will have ample opportunity to find “sterling” examples. (Sterling BS is sort of an oxymoron!)

As we proceed we’ll need active participation to make this the best experience. Maybe we can have some awards on the blog for different classes of BS. Your suggestions are encouraged. As with any blog, it is your participation and our interaction that will provide the richness.

I have spent much of my life being frustrated by the BS and by the frequent pretense that the BS is reality. Through the book and this blog I want to challenge this. I believe most of us recognize BS when we stop and think about it. I’ve often felt that putting up with BS is societies definition of maturity and wisdom. I don’t think most of us really feel that way. This is an effort to observe, laugh and possibly change.

Throughout the book you will see a wagging finger beside the text. There was a small group of us at work that would silently use this finger wagging as means to silently, but visibly, point out BS when we see or hear it. It would be great to establish this as a nationally recognized and accepted symbology, It might even become an effective way of communicating our knowledge and feelings to those that provide the BS.

Maybe we can also create a list of BS. Postulates. The first might be: “If you wonder if it’s BS, it almost certainly is!”

Please enjoy. Laugh at the BS, act but don’t get mad!

Gotta Call BS on That One can be purchased at:
MyBookOrders.com
Kindle
Nook 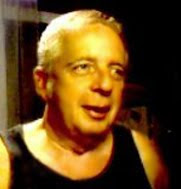 Gerry Steiner has enjoyed a life that is varied in location, vocation, and activities. He started in the land of tradition and history, Hampton, Va., the oldest continuous English speaking settlement in the United States. After high school and eighteen years surrounded by history. Gerry was ready to venture away from Virginia. After considering Cornell, he caught a train to California and went to Caltech. He left Caltech after a couple years to work in seismic oil exploration. His Uncle invited Mr. Steiner to visit Asia. Gerry picked the Navy as the best way to get there. This kept him busy for ten years. A year of Navy school as an electronics technician started the process. Fortunate circumstances led him to his wife and “stability?” for the next 40 years. Gerry then finished his BS and an MS in oceanography before sailing for Vietnam, There gunfire support and chasing aircraft carriers kept him in touch with the real world. Receiving fuel and supplies at sea gave him an appreciation for close quarters’ steerage. A pleasant break provided a week in Olongapo followed by a week in Hong Kong. His wife, Marilyn joined him.

After the Navy and back in Seattle he continued his work in sonar research at the UW Applied Physics Laboratory. He started work on a PhD in electrical engineering. He made sonar measurements from an ice floe in the Arctic Ocean north of Barrow, Alaska. Two visits by polar bears approaching to 20 ft. added to the excitement Dr. Steiner moved to Ridgecrest, CA where he held a position at China Lake Naval Weapons Center. Several years in automatic target recognition included radar field measurements from Pt. Loma, San Diego. Next he started the Airborne RF Targeting Branch. Gerry also completed his doctorate in electrical engineering.

From China Lake Dr. Steiner ventured off to Denver, Colorado to join Martin Marietta. The initial year in Denver was focused on space based radar plans. A movie and a president changed his focus. The movie was Star Wars, the president was Reagan, the focus became the Strategic Defense Initiative. He spent the next decade on issues related to SDI. After the space based interceptor there was a space based laser concept. His efforts contained analysis, management, design, and testing. A couple years were spent developing a new rocket to provide a re-useable single stage to orbit vehicle. Only physics stood in the way.

Gerry’s wife was diagnosed with stage IV pancreatic cancer and given six months to live. They had great times that were ended. Dr. Steiner moved to Maui five years ago. He has written this book to share his observations on how the world works and how it could work better.

a Rafflecopter giveaway
Posted by Tribute Books at 12:01 AM