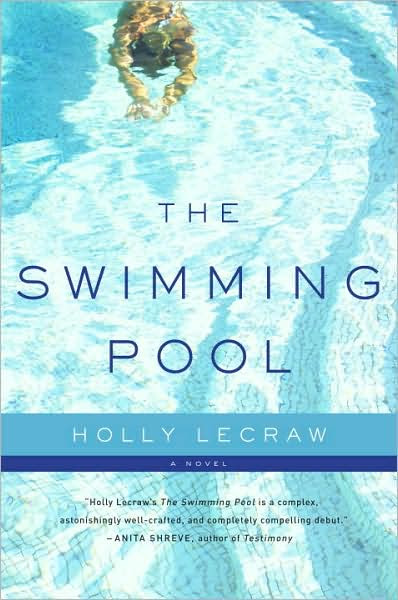 I received for review The Swimming Pool by Holly LeCraw from Boston Bibliophile.

Marcella Atkinson was a married woman when she fell in love with Cecil McClatchey, himself a married father of two. On the same night their romance abruptly ended, Cecil’s wife was found murdered.

Seven summers later, Marcella is divorced and estranged from her daughter, mired in grief and guilt. But when Cecil’s grown son, Jed, returns to the Cape and finds Marcella’s bathing suit buried in his father’s closet, this relic of the past sets in motion a passionate affair. In this twisting, sensuous novel of devotion and infidelity, mistakes of the past must rise to the surface.
Posted by Tribute Books at 9:45 AM