Mailbox Monday - The Other Life & So Much Pretty 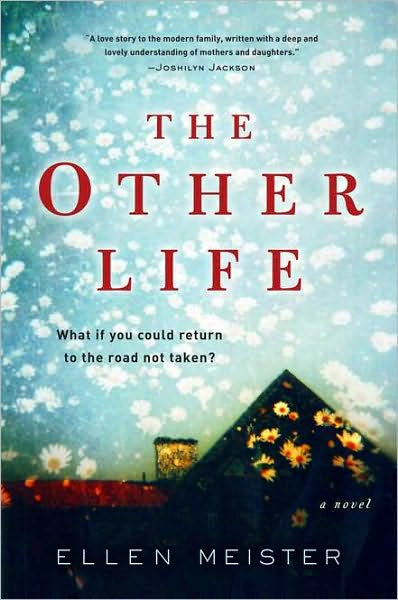 I received for review The Other Life by Ellen Meister from Knitting and Sundries.

What if you could return to the road not taken?

Happily married with a young son and another child on the way, Quinn Braverman has the perfect life. She also has an ominous secret. Every time she makes a major life decision, she knows an alternative reality exists in which she made the opposite choice-not only that, she knows how to cross over. But even in her darkest moments-like her mother's suicide-Quinn hasn't been tempted to visit . . . until she receives shattering news about the baby she's carrying.

Desperate to escape her grief, Quinn slips through the portal that leads to her other life: the life in which she stayed with her exciting but neurotic ex- boyfriend, and is childless. The life in which-as she is amazed to discover-her mother is still very much alive.

Quinn is soon forced to make an impossible choice. Will she stay with the family she loves and face the painful challenges that lie ahead? Or will a more carefree life-and the primal lure of being with her mother-pull her into her other life for good?

This gripping emotional journey is both shocking and poignant . . . as the bonds of love are put to the ultimate test. 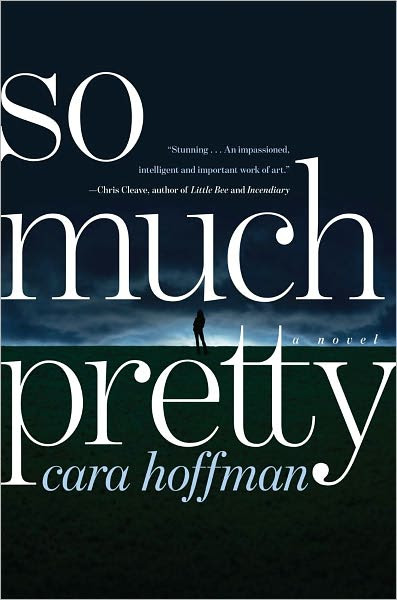 I received for review So Much Pretty by Cara Hoffman from Simon and Schuster.

When she disappeared from her rural hometown, Wendy White was a sweet, family-oriented girl, a late bloomer who’d recently moved out on her own, with her first real boyfriend and a job waiting tables at the local tavern. It happens all the time—a woman goes missing, a family mourns, and the case remains unsolved. Stacy Flynn is a reporter looking for her big break. She moved east from Cleveland, a city known for its violent crime, but that’s the last thing she expected to cover in Haeden. This small, upstate New York town counts a dairy farm as its main employer and is home to families who’ve set down roots and never left—people who don’t take kindly to outsiders. Flynn is researching the environmental impact of the dairy, and the way money flows outward like the chemical runoff, eventually poisoning those who live at the edges of its reach.

Five months after she disappeared, Wendy’s body is found in a ditch just off one of Haeden’s main roads. Suddenly, Flynn has a big story, but no one wants to talk to her. No one seems to think that Wendy’s killer could still be among them. A drifter, they say. Someone “not from here.”

Fifteen-year-old Alice Piper is an imaginative student with a genius IQ and strong ideals. The precocious, confident girl has stood out in Haeden since the day her eccentric hippie parents moved there from New York City, seeking a better life for their only child. When Alice reads Flynn’s passionate article in the Haeden Free Press about violence against women—about the staggering number of women who are killed each day by people they know—she begins to connect the dots of Wendy’s disappearance and death, leading her to make a choice: join the rest in turning a blind eye, or risk getting involved. As Flynn and Alice separately observe the locals’ failure to acknowledge a murderer in their midst, Alice’s fate is forever entwined with Wendy’s when a second crime rocks the town to its core.

Stylishly written, closely observed, and bracingly unexpected, So Much Pretty leads the reader into the treacherous psychology of denial, where the details of an event are already known, deeply and intuitively felt, but not yet admitted to, reconciled or revealed.

Posted by Tribute Books at 9:39 AM

Email ThisBlogThis!Share to TwitterShare to FacebookShare to Pinterest
Labels: cara hoffman, ellen meister, it's monday what are you reading, mailbox monday, meme, so much pretty, the other life, tribute books mama