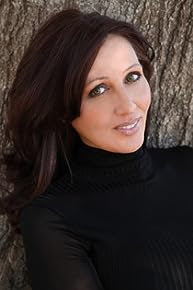 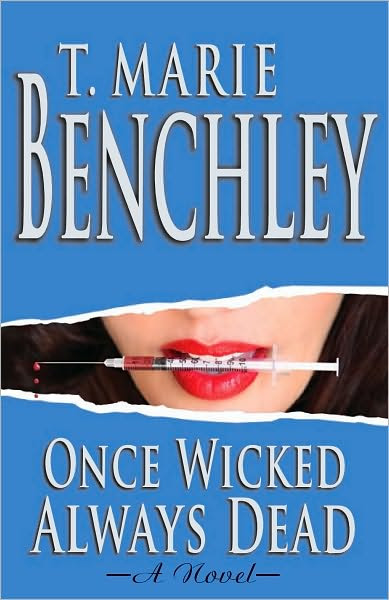 My thanks to T. Marie Benchley for stopping by Tribute Books Mama and sharing her thoughts about her book, Once Wicked Always Dead.

ABOUT T. MARIE: T. Marie Benchley is an author and student in life. With a family heritage of actors/writers including famed author Peter Benchley of "Jaws and the Deep", she was introduced to classic literature at an early age and remains a passionate reader. Although the only sharks on her pages are attorneys and the monsters in her plots are sociopaths, her primary desire is to entertain her readers. Though formally educated in journalism and marketing, she is also an avid traveler, finding inspiration for her novels by studying people and listening to their stories.

1. How did you come up with the title?

“Once Wicked Always Dead” was not my original title. The original title was to be; “Romantically twisted.” Unfortunately when I submitted the manuscript the publisher felt that it sounded too much like a romance novel and as we all know it is also filled with suspense and mystery. That evening I was discussing this with my husband over dinner, when he suggested the title “Once Wicked Always Dead.” He’s my title guy. I loved it and felt that it was a better fit with the book.

2. Is there a message in your novel that you want readers to grasp?

Absolutely, the first message is that it’s never too late to start your life over and be happy. You only need to find the inner strength and the courage. The second message is that everyone needs to be honest with themselves and others to be the person who they need to be in order to be fulfilled, if you are unable to do this then the web of lies and deceit will affect not only your life but those you love. The third message; at various points in our lives we need to let go of the pain that others put upon us. Forgiveness allows you to move on with your life. You need to move forward leaving behind the pain of the past.

3. How much of the book is realistic?

The story itself is completely fictional, but the restaurant Little Birds along with the owner Vickie is real and is exactly as I depict it in the story. Also the Borealis Lodge is the name of our Log Home. And one last fact is that the Bernese mountain dog named Sedona is real. She is our 147lb six year old big ball of love; who will always find a special spot amongst the pages in all of my Novels. (Yes, our children are a little jealous.)

4. If you had to do it all over again, would you change anything in your book?

Well being my debut and looking back at it; of course, the biggest one; being pushed to release the galleys before they were ready. The editors had cut the flow of the story and in return made a lot of mistakes; that of course reflected on me. I had to go in and correct their mistakes, we were on a time restrain and the last set of corrections that I had made did not get put in before the six hundred galleys were printed and released out to reviewers and the book world. I was pretty upset but was told not to worry about this, as everyone in the business knew that galleys are an unedited and uncorrected proof, but unfortunately it reflected poorly upon my writing. Although it was received very well and I have received an outlandish amount of fabulous reviews, there were still a couple of eccentric reviewers who failed to mention that the galleys were an uncorrected proof of the story and slammed my writing. I feel that you take the good with the bad and you live and learn, but I will never be forced into releasing something out to any portion of the public before it is ready. There has also been some discussion about some of the language in the book with a few of the reviewers. The response that I have received with my readers have been overwhelming great. I write for the general population and they love it and it doesn’t bother them in the least, it’s not any worse then what you see on TV. I had to shake up the stuffy literary world a little bit and give them something to talk about, but I always had planned to tone it down in the second book. In which I did, but heightened the suspense even more!

5. What was the hardest part of writing your book?

Having such a long family heritage of writers in my family I was originally worried about finding my own style and voice. Well that fear didn’t last long, after about the first 30 pages or so I found it. Writing is not the hard part, it’s the work that goes into it after you are finished, and I can’t stress enough to everyone out there to finish it! I can’t tell you how many people approach me only to say, that they started writing this great story only to never finish it. As a matter of fact, if you go on my website; TMarieBenchley.com I wrote a blog about this last month. So I can’t stress to every writer out there, that there comes a time when you need to stop with the rewrites and just finish the story.

After you finish the novel that is when the hard work begins; Submissions, Contracts, Tours, Marketing, Signings, Interviews and also amongst all of that, trying to find the time to write the next Novel. Your book is your creation and no one will care as much as you do. I occasionally think to myself what the heck did I get myself into, but just as quickly as the thought comes, it passes, as writing is a passion and I love it so. I am willing to put up with everything that comes with the business, just so I can write the stories that will entertain my readers.

6. Did you learn anything from writing your book and what was it?

I have learned so much about the publishing industry as a whole and the politics that are involved in the book industry. It’s a business, it’s not glamorous and you need to be savvy. Also pick your Agent and PR firms wisely there are so many that are useless and can do more harm than good. Be selective remember they work for you. I was very fortunate in this matter and made few mistakes but I have heard horror stories from others.

7. Do you recall how your interest in writing originated?

From an early age books have always been a large part of my life, it defines me. So being such an avid reader, writing was just a natural progression, but I think it was High School when I came to the conclusion that I loved to write and started to create my own stories.

8. Who is your favorite author and what is it that really strikes you about their work?

I am a big fan of the classics, Hemingway, Poe, Twain. I don’t believe I need to explain why, as that is obvious. I am currently devouring Mark Twain’s autobiography and have fallen deeper in love with him, as well as his writing. In modern day I would say Ann Rice, because her writing is almost poetic and falls off the readers tongue. I also enjoy Dan Brown; I appreciate not only his writing style but the research that goes into his stories. He is able to hold my attention until the very last page.

9. Tell us your latest news.

Since the release of the hard cover the days are flying by faster than I would like. I have been on book tour since September and now I am extremely excited to say that Costco has made a large purchase for my soft cover and I am currently on a signing tour for them. I am also in heavy negotiation with two major Motion Picture Company’s who are very interested in making a movie based upon my novel “Once Wicked Always Dead.” I am also currently finishing up my next Novel which will be released next year 2012.

10. Do you have anything specific that you want to say to your readers?

It’s so important for me to just say thank you to all of my readers. I write for you, my goal is that you have fun and are able to get your mind off from all the crazy reality of everyday life. Also don’t forget to go on my web-site and play the $1,000.00 hidden challenge you never know, you might just win some mad cash. One last thing, I would like to remind everyone that I am donating a portion of all sales from “Once Wicked Always Dead” to the Shriners Children Hospitals. If you know or have a child in need of their service there is a direct link on my web-site.

ABOUT ONCE WICKED ALWAYS DEAD: Molly Madison’s life is shattered with the sudden death of her beloved parents and the revelation of her husband Phillip’s affair—with another man. Molly heads west to Montana, resolved to run the family ranch, the Ghost Bear, and to move on with her life. Her attraction to Clayton Leatherbe, the ranch foreman, is instant, but before a romance can blossom, the ranch falls prey to sabotage by wealthy land developers determined to drive Molly out, and Clayton learns of a family secret that could put the ranch—and Molly’s life—in jeopardy. A sharp mystery that deals with the themes of family secrets, betrayal, love, and loss, Once Wicked Always Dead is a strong debut from an author with literary blood in her veins.

Congratulations to our winner: Casey Hensley!
Posted by Tribute Books at 12:01 AM