Mailbox Monday - Lodestone Book One: The Sea of Storms 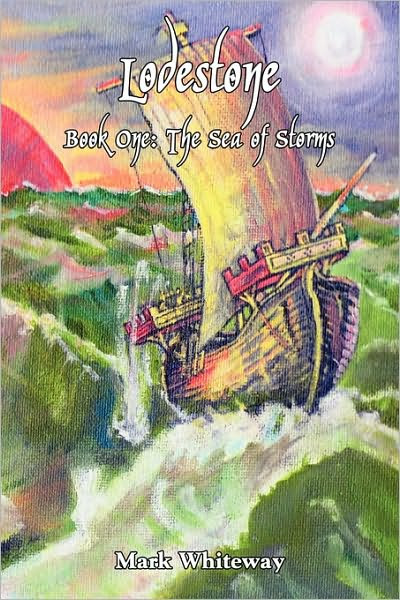 I received for review Lodestone Book One: The Sea of Storms by Mark Whiteway from the author.

***
Ail-Kar, a white-hole portal from another universe, rains meteoroids onto the surface of the planet Kelanni. But the so-called "lodestones" behave according to different physical laws, transforming Kelanni's society. With the aid of the fearsome Keltar in their flying cloaks, the Kelanni are being put to forced labor to mine the lodestones. Shann, an orphan with a fiery disposition, witnesses a battle between a Keltar and a stranger bearing a similar flying cloak. She tracks down the stranger, and learns of the technology behind the Keltars' power, joining him on a mission to free the slaves and cut off their supply of lodestones. Meanwhile Keris, a Keltar, is sent on a mission to track down the rebels. She is attacked by a flying creature and saved by the enigmatic Chandara. At their Great Tree, she learns that a mysterious "Prophet" is out to destroy the Kelanni people. Their only hope is a powerful instrument hidden in the distant past. Pursued by Keltar, the party will encounter bizarre creatures, ancient technologies and terrifying dangers. Finally, they must seek to cross a massive storm barrier in order to reach the other side of their world, where a world-shaking revelation awaits.
Posted by Tribute Books Mama at 12:11 PM