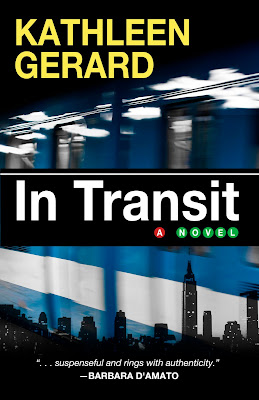 Can a rookie cop survive the men who cross her path in the NYPD?

When a psychic in a shopping mall tells Rita Del Vecchio that she is "destined for greatness," and she will "marry a man in uniform," the restless, wet-behind-the-ears, 22 year-old decides to finally take control of her life. Rita sets out on a quest to become a New York City Police Officer. But can a spry, feisty, single woman thrive in the gritty world of New York's Finest?

Leaving behind the suburbs of New Jersey and a job as an under-tipped waitress, Rita Del Vecchio hangs up her apron and ballet slippers for a bullet-proof vest. But will she wear it? And if she does, will it protect her on the mean streets of Manhattan? Can it also protect her from Cupid’s arrows if they should land amiss?

Rita is assigned to the New York City Transit Police Squad and gets more than she bargained for. Riding the Lexington Avenue Subway Line, Rita winds up meeting not one man in uniform, but many. Whom will she love?

In Transit is a woman-in-jeopardy story, a post 9-11 novel, that delves into the ordinary lives of NYPD career cops and how their fates are often determined by people who hold secrets as dark and as labyrinth-like as the New York City Subway System.

After Rita graduates from the police academy in New York City, despite the tough training of her superior, Sergeant Gary Hill, she is determined to find a new life and career for herself. Her first assignment is the Transit Department, where she meets her partner, Franko. After getting used to each other, they become close friends.

Officer Billy Quinn enters Rita's life, but little does she know he is very bad news. Franko tries to warn her, but to no avail. Love is blind. After marrying Billy, she soon finds out what he is really like, moments after they say, 'I do.' She is abused by him, and his jealous nature even leads to the point of murder.

I found this story to be fascinating. It's a read that's hard to put down once you begin. It's a sad story of dirty cops stealing money and drugs from offenders and blackmailing them into submission. But somehow, the truth prevails when the tables are turned and they have to pay the price. I would highly recommend this book to those who like intrigue and suspense novels.


It was a blood bath at Grand Central. By the time Franko and Rita arrived on the scene, commuters were scrambling, trying to get away from the pandemonium. The victim was flat on his back, face up and unconscious on the cold tile platform. It was obvious that life was quickly draining from him. The tails of his tie were flung back over his shoulder, and the lapels of his suit jacket were parted like a curtain that revealed a bull’s-eye of blood right at the center of his starched white business shirt. Papers that had spilled from a leather briefcase were strewn around the lifeless-looking body and sopping up the growing pool of blood.

“Drop your weapons. Now!” The commanding shrill of Franko’s voice echoed in the terminal. The two men in the rear of the group did as they were told. They threw down their knives. But there was one holdout—the pack leader, the guy heading up the trio. He waved a bloody knife in front of him, itching for a fight.

A spike of fear rose up in Franko. He stared into the man’s face. The image of those wild eyes, his thick nose and taut lips seared into Franko’s brain as he firmed his grip on his weapon, tight and damp, and ordered, “C’mon, man. I said drop it. Drop your weapon and put up your hands.”

“But I ain’t done nothing,” the pack leader said. He had a well-defined V-shape to his body that made him appear the most muscular-looking of the three. He kept his feet firmly planted. He didn’t blink. Perspiration was raining down from beneath the fringe of his black hair.

“Don’t be stupid,” one of the other men said, his voice rising from behind the group. “Just give ’em what they want. It’s over.”

The pack leader yelled something incoherent in Spanish that sounded like a bark.

Every muscle in Franko’s body was tense, but he could feel his hand, his fingers wrapped around the gun, beginning to quake. Locked in this standoff, Franko couldn’t see a way out of this, but he tightened his bicep so that his arm might feel stronger.

You’re the one in control here, spouted Franko’s internal dialogue. Keep your hand steady and your mind even. Finger on the trigger. Be cool. You’ve got this guy.

With his piece still aimed on the defiant pack leader, Franko took a step closer and said, “Get against the wall.” Franko could feel his adrenaline rushing, even through his eyes. “I said, put your hands up and drop your weapon.”

The two men in the rear backed up toward the wall of the terminal. But brazenly, the pack leader stood his ground. He brandished the knife in front of him like a shield, ready for Franko’s attack.

Franko kept his aim on the leader and again moved closer. One step… Then another. The perpetrator moved from side to side. He wouldn’t back down. Rita, creeping alongside Franko, kept her own weapon drawn and followed Franko’s lead. But as Franko took his fourth step toward the perp, Rita’s and Franko’s police radios hissed and crackled with static. The sound must’ve jarred the man with the outstretched knife. He lunged for Franko.

A bullet, a single shot, released from the chamber of Franko’s gun. It echoed like the roar of a cannon. The assailant collapsed onto the platform. Franko had lodged a bullet in the man’s leg.

The perpetrator looked stunned, and so was Franko. His arm was outstretched, and he kept the gun pointed straightaway. For a terrifying instant, a light, gauzy feeling filled Franko’s head. Everything in the cold, desolate terminal looked and sounded muted, except for the bloodied knife-edge. The shiny part of the blade glimmered on the ground next to the perpetrator, and Franko saw it as clear as if he were holding it in his own hand.

“Franko, you all right?” Rita asked.

He couldn’t speak. Have I imagined this? Have I really just shot a man? Franko could feel his face flush. He felt as though he’d just showered with his clothes on.

When the back-up team arrived, along with paramedics, the adrenaline of the scene finally began to drain from Franko. And on he went, business as usual.

The injured businessman, who’d been lying unconscious, was quickly put on a stretcher and rushed out of the terminal. After the victim’s wallet was recovered from the pack leader, Rita and Franko discovered there was only one hundred dollars inside.

The two other assailants were handcuffed. They were read their rights and whisked away. As the wounded aggressor was being carted off on a stretcher, the medical crew worked hard to restrain him. But what they couldn’t restrain were his words.

“Aw, I bet you say that to all your arresting officers,” Franko chimed, trying to act nonchalant while a sick feeling shivered through him.

Through the barrage of paramedics and police, the aggressor defiantly craned his neck. When he found Franko through the crowd, he raised his hand in a gesture of an imaginary gun.

“Bang, bang,” he said, taking aim and firing a make-believe shot in the direction of Franko’s head.

When Franko turned away, his gaze landed on Rita. He saw his own horror reflected in her pale face.

In Transit: A Novel buy links: 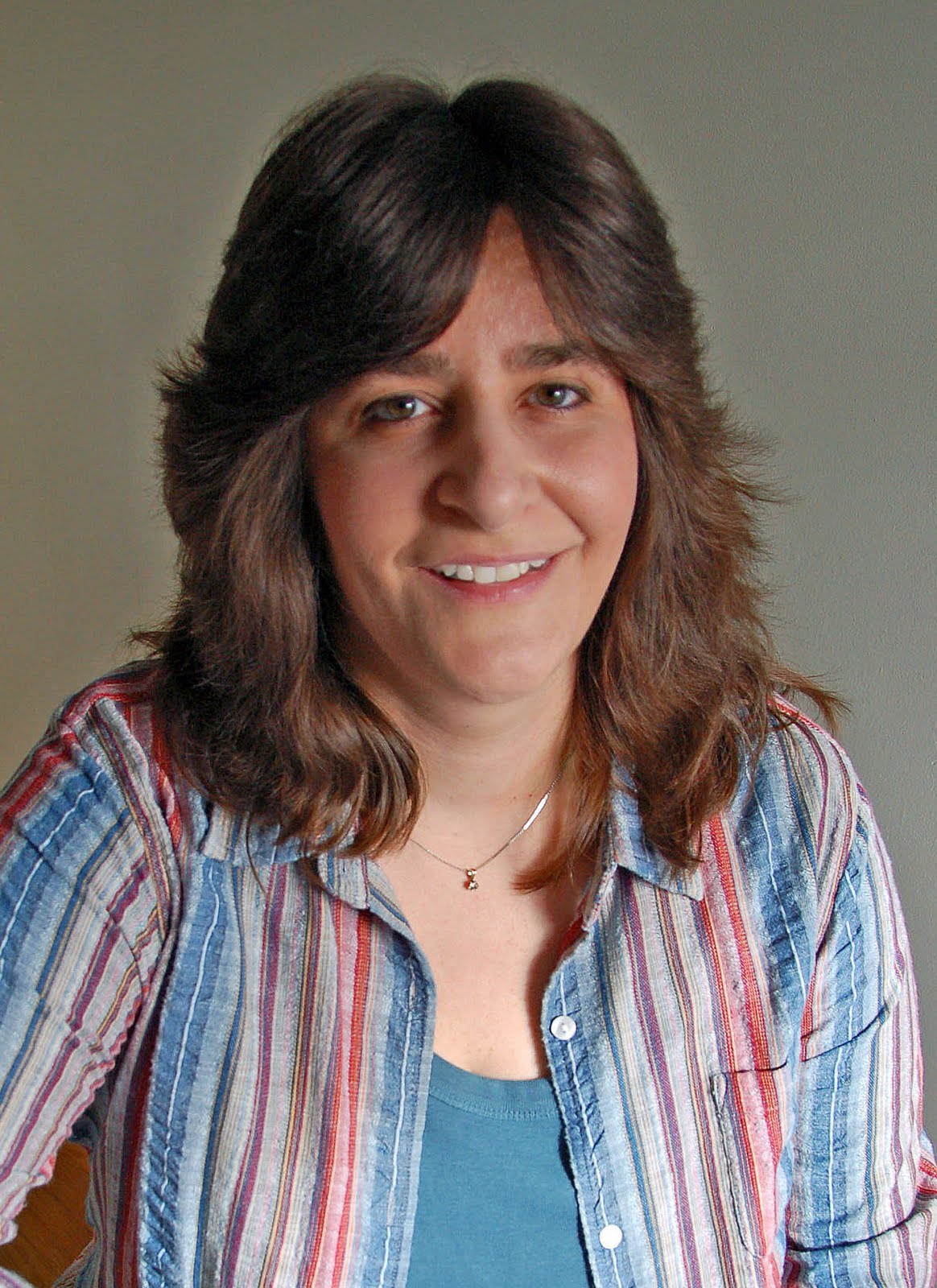 Kathleen Gerard writes across genres. Her fiction has been awarded The Perillo Prize, The Eric Hoffer Prose Award and was nominated for Best New American Voices, all national prizes in literature. Her prose and poetry have been widely published in magazines, literary journals, anthologies and broadcast on National Public Radio (NPR). Several of her plays have been staged and performed regionally and off-Broadway.