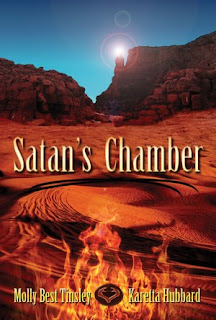 He was a crack CIA operative, who vanished from the streets of Khartoum, Sudan.

And he was her father.

She followed him into the Agency’s National Clandestine Service, and now despite her junior status, she gets the assignment she covets: Khartoum.

From the minute Victoria Pierce arrives in-country, nothing is what it seems.

The one-eyed Kendacke, descendant of the first female black pharaohs, is a fugitive in her own land. Bart Wilkins, the buff but bumbling supply officer at the Embassy, keeps turning up one step ahead. The super-rich Adam Marshall has information, but it comes with strings attached.

Whom can she trust as she begins to uncover the pieces of a horrific plan? Thus the mystery begins.

1. How does your book appeal to women?
Satan’s Chamber foregrounds a team of incredible women spanning three generations. There’s our protagonist, Victoria “Tory” Pierce, a junior CIA operative posted to Sudan. A champion high-hurdler and whiz kid in school, she carries a lot of pain over the loss of her heroic father, whose footsteps she followed into the Agency. The novel is her story, her transformative arc, so she begins in relative naivete and learns from her mistakes. Flanking her are two older women with more experience and achievement under their belts. They support her, but one of the lessons Tory must learn is how to accept this support.

In Sudan, Tory encounters the indomitable descendant of a line of female pharaohs, Kendacke. This woman is taking on the homicidal central government of the country, attempting to save and unite the persecuted tribal populations. Keeping tabs on Tory from the States is Maud Olson, Director of Intelligence at the Agency, who has risen to the top of a sexist bureacracy with her integrity intact. Smart, stunning, and gifted in her own way, each woman is willing to place herself in harm’s way for a greater good and comes out a winner.

2. How does your book appeal to men?
Admittedly, our villains happen to be men, but, hey, they are strong-willed, ingenious characters even though despicable. The assistant to one of them is highly sympathetic. Even though he finds himself on the wrong side morally, he suffers pangs of conscience, and when he has the opportunity to do the right thing effectively, he does it. The male characters as a whole are also more ambiguous, and to discuss them in specific terms may give away crucial twists in the plot. Suffice to say, Tory particularly must decide which ones to believe, and she is not the wisest of judges.

3. How does your book appeal to teenagers and those in their 20s?
Any younger person who loves the thriller genre will truly enjoy Satan’s Chamber. Tory is a twenty-something, and we know of two teen-agers who gave the book a glowing report. Individuals beginning their careers will identify with Tory’s insecurities, understand her struggle to grow up emotionally, and fast, as she faces high stakes challenges and navigates the unknown.

4. How does your book appeal to those who are middle aged?
There is a torn-from-the-headlines verity to Satan’s Chamber that will appeal to any readers who are either abreast of the news geopolitically, or would like to be. As Washington, DC, residents for over 30 years, we bring readers the gray corridors of the real CIA, the opulence of the real Metropolitan Club, the funkiness of the real Vienna Inn. Furthermore, Jebel Barkal really is a sacred mountain in Sudan, where our friend and real-life archaeologist Tim Kendall is excavating the ruins of an ancient temple. This gritty accuracy will appeal to the mature reader, as will the very plausible, world-threatening plot that Tory Pierce uncovers.

5. How does your book appeal to the elderly?
We don’t want to stereotype people according to age too simplistically, but perhaps the thread of the story that a senior reader might find satisfying is that attached to the Sudanese leader Kendacke, the majestic, spiritual visionary who’s made it her mission to save and unite the victimized people of Sudan. It is the endurance of her character that promises hope and light in spite of the forces of greed, corruption, and betrayal around her.

6. In your mind, who is the ideal reader of your book?
Anyone 16 and older who enjoys history and appreciates the complexity of geopolitics and loves solving mysteries and is curious about human character and wants safely to visit an exotic, dangerous country, via the imagination!! 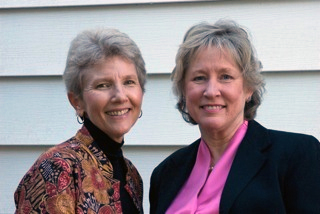 Air Force brat Molly Best Tinsley taught on the civilian faculty at the United States Naval Academy for twenty years and is the institution’s first professor emerita. Author of My Life with Darwin (Houghton Mifflin) and Throwing Knives (Ohio State University Press), she also co-authored Satan’s Chamber (Fuze Publishing) and the textbook, The Creative Process (St. Martin’s). Her fiction has earned two fellowships from the National Endowment for the Arts, the Sandstone Prize, and the Oregon Book Award. Her plays have been read and produced nationwide. She lives in Oregon, where she divides her time between Ashland and Portland.

As a businesswoman and entrepreneur, Karetta Hubbard has more than twenty-five years of experience in consulting, strategic management, and organizational change for companies throughout the U.S., Canada, Europe, and Japan. Having recently turned to literary endeavors, Ms. Hubbard credits her five grandchildren as her inspiration and encouragement to put pen to paper.