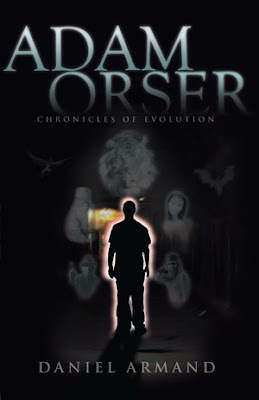 This is the story of Adam Orser, whose life takes some turns from the beginning of his college life to his professional one, which he thought was going nowhere. Adam experiences an automobile accident, which leaves him in a deep coma and one dead and two people severely injured. On that same day he was going to propose to Jazmin, the woman he loved.

While he was unconscious, he was experiencing many dreams that were a metaphysical kind of reality which took him out of his own world. While he was in this coma, everyone wanted to lend a hand a help the Orser family to keep their hope alive.

Adam's experiences continued while he laid in that state of mind, he was to observe and let his heart decide. Many questions concerning existence, causality and truth come together as Adam struggles to get back to Jazmin and to a life that will ever be the same for him.

I found this book to be a very different and interesting read.

Adam Orser: The Chronicles of Evolution

Book One in the Adam Orser Trilogy

A visitor in the celestial realm of interdimensional communication

Adam Orser seems to be a regular guy, leading a fairly successful life in Toronto as a psychologist with a loving girlfriend, Jazmin.

But there is nothing ordinary about Adam.

Fate interrupts his planned marriage proposal, and a serious car accident thrusts him into a metaphysical reality behind a deep coma that holds his physical body in check. Through an advanced system of training and evolution created by the celestial realm, Adam is called to a dangerous mission with profound implications for the world he knows, and life and death consequences for one missing nine-year old girl, who is no ordinary kidnapped child. Fantastical forces are at work on both sides of the veil between the world we recognize and those yet to be discovered.

Destiny compels Adam to freely choose the part he will play in a no-limits competition between good and evil. Questions of existence, causality, and truth converge as Adam struggles to find his way back to Jazmin and a life that will never be the same.

"It’s gonna rain,” I said, looking out and up from my fourth-story office window in the Clemensdale Professional building. I was beginning to get a little “steamy” under the collar, primarily because I was not in the best of moods; but also, I had the morbid sensation that my life was very quickly heading nowhere. Apart from that, the erratic weather was going to ruin the outing Jazmin and I had planned. To be more precise, the Ontario Place visit, which Carly anxiously anticipated.

“Beatrice, do we have any more appointments scheduled for today?”

Naturally I thought. Why waste time and effort on a useless remedy? If Albert wasn’t ready to put away his childhood and begin accepting the challenges of adulthood, his world would still revolve around Power Rangers and Loony Tunes at sixteen or sixty-one. It’s not like I hadn’t tried reaching him. Lord knows, I’d practically exhausted my means. It’s just that every time I managed to get closer to him, he took a quick step back and built another wall defending the spot where he left behind.

Marcel Towanka, twenty-one years old, and a construction worker by trade, was half French-Canadian, half Native Indian. He came to me one day with a very interesting proposition. According to this self-proclaimed “Dragon Chaser,” once, under the influence of drugs that helped him to “psychically travel,” he encountered a tribal ancestor known as a shaman. The grim elder warned Marcel of the dangerous path he had chosen. The shaman severely pointed out how their race was on the verge of extinction, and the young man’s negative conduct was helping to speed up the burn of their long-rooted heritage and proud millennial traditions.

That’s when this young native came to see me. He literally begged me to help him get reacquainted with his lost traits. It’s been nearly four months now since our first meeting, and I am proud—no, that’s not the right word—I am thrilled that Marcel Towanka has not consumed anything more stimulating than aspirin, or drunk anything more relaxing than herbal tea, for over two months now. As for his heritage, Marcel attends religious ceremonial rituals held biweekly on sacred conservation grounds, as well as taking part in Native Indian arts and crafts.

It is said that when a man’s future looks shaded with gloom, he should attempt turning over a new leaf. The way I see it, this young man, armed only with native courage and fueled entirely with compassion, had managed to turn over an entire season. Regarding my role in his quest for spiritual freedom, all I can say is that he is the artist, the master who, day by day, piece by piece, painstakingly chipped away at his monumental totem pole, in honor of the great warriors of the past and the ones yet to come. I, his humble assistant, merely swept away all the flying dirt and debris, clearing the path for all those who wish to come and see the work of a genius.

My time with Marcel is quickly coming to an end; although this man wishes to continue therapy, and I equally wish to continue to help him. I must honor him and let him go, for he no longer needs my help. Ironic though as it may seem, he never really did. 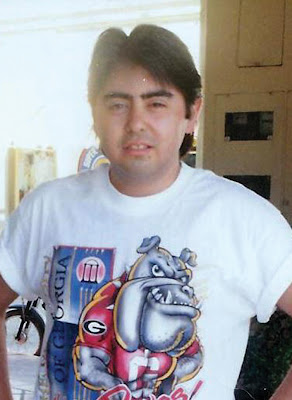 Daniel Armand lives in Toronto, Ontario. His inspiration behind Adam Orser: Chronicles of Evolution originated during the summer of 1983, after a near death encounter offered an incredible insight into the obscured aspects of life, love, and the progression of the human spirit.

Daniel is currently working on the next novel of the Adam Orser saga. "I truly hope this novel will help inspire readers all over the globe, to embrace their spirituality. It is through clarity of mind and understanding that we may one day 'bloom' into harmony and unlock our limitless potential."