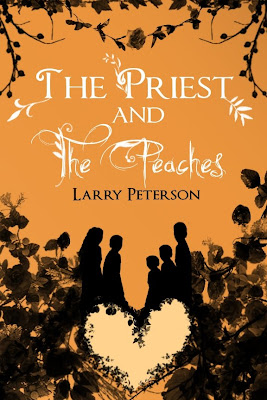 Scratch started to laugh. He related how he and Teddy had been talking about Pops having a good laugh himself over his lost leg, and how the bony-faced receptionist had looked at them like they were nuts. Then Teddy started talking about how the leg had hit Scratch in the head before flipping into the front seat. Father Sullivan, laughing said, “Well, Scratch, at least it didn't kick you in the ass.”

Surprised at the priest’s colorful language, they all started laughing like crazy, even Joey, who was, of course, knew all about that particular word. Intent on changing the subject, Father began, “Okay everyone, gather around and join hands.” Forming a circle, Father bowed his head as they all did the same. He began to pray, “Heavenly Father, these young people stand before you today somewhat confused and frightened…”

Father smiled, “No, Joanie. It's okay.” He put his hand on Joey's head and said to him, “Well now, Joey, I guess I did say that. We all just needed to laugh a little. That's why I said that. God understands. Believe it or not, God likes to laugh too.”

Wide-eyed, Beeker asked, “He does?”

They find an ally in the local parish priest, Father Tim Sullivan, who tries his best to guide them through the strange, unchartered and turbulent waters of "grown-up world." A story that is sad, funny, and inspiring as it shows how the power of family love and faith can overcome seemingly insurmountable obstacles.
Posted by Tribute Books at 11:00 AM