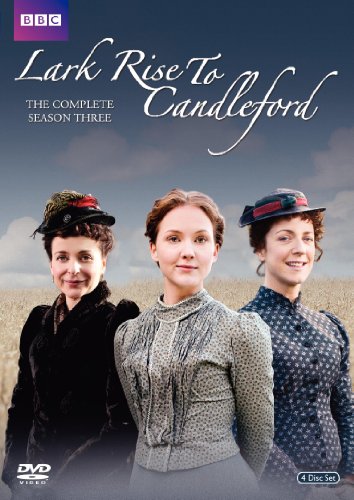 I watched a few episodes of this series last night via Netflix. The first episode involved the struggles of the wheat harvest time.The people of Lark Rise had to bring in the wheat, so they all wouldn't starve through the winter months. Unfortunately, a measles epidemic hits and the people of Candleford lend support. A death is involved, as one of the children dies.
The second episode involves the arrival of a Mr. Reppington, a stranger in town who isolates himself from people. Emma fears the romance is taken out of her marriage and Ruby decides to leave town to meet her suitor. The third episode I watched involves Daniel setting up his own newspaper in Lark Rise and starts a newspaper campaign for a war hero's war pension.
I can't wait to watch more.
Posted by Tribute Books Mama at 11:26 AM