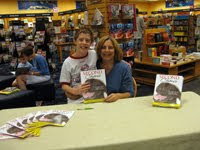 Second Chance is a wonderful story of adoption with a little bit of autism thrown in. Told through the eyes of an abandoned dog we learn about the rewards of rescuing animals and people, because as we learn through the tale Ms. Gerencher tells she adopted her special needs son as well as a few dogs, including Chance.

She gently and succinctly reminds us of the needs of these abandoned God’s creatures. The story will tug at your heartstrings as you realize that all God’s children be they animal or human need love and security, to know that they have a forever home.

Kudos to Ms. Gerencher for sharing this message with us.

For more information on adoption and autism check out Ms. Gerencher’s website www.ChanceTheShelterDog.com

Definately a five star book from this readers perspective.

Chance is a shelter dog who is given a "second chance," and he has a tale to tell about his adoption and his new family. When he is adopted from the shelter, he doesn't really understand what's happening. He has to ride in a car, which is very scary for him, to get to his new house where he is greeted by a pack of Pomeranians (not all of whom are friendly). In addition to the dogs, his pack also now consists of "Mommy" and the boy, Ryan. Mommy explains that Ryan is special, just like Chance, and was also adopted. Ryan, who is autistic, is the only person who can understand Chance and it is from Ryan that Chance learns the word "adoption" and what it means. Chance is delighted to learn that adoption "means to be loved forever" and he is eager to share that with the rest of his pack.

Filled with softly blended watercolor photos of the members of the family, this is a story told from Chance's point of view. The images form a lovely background for the text on each page, with a message that is both heartwarming and heartfelt. The storyline mirrors the life of the author, who adopted a similar set of dogs and has an adopted son with special needs. There were really a few main themes operating here; there was the idea of adoption and understanding what that meant, but also the theme of being different and how that makes one special. I think focusing on just one of those themes may have made for a more powerful story, but they are both wonderful themes to share with children.

A PBS Kids Recommended title, this title is listed on Amazon as being geared for ages 9-12. I felt the format and the premise of the story seemed geared for a younger age group, but the smaller font size, large amount of words on each page, and the overall writing was more fitting for older children. I think the story could be even stronger and fit a wider age group with fewer words on each page. That would make it an easy read-aloud for younger children, and a fun picture book for older children.

Altogether, this is a lovely read and a helpful aid in explaining adoption to older children. 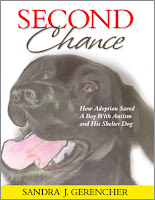 Sandra Gerencher's book Second Chance is a children's book about a dog named Chance that is adopted from the dog shelter. It is written from Chance's perspective. Chance learns what it means to be adopted from the little boy in the family. The boy was adopted also, therefore, he knows what it means and explains it to Chance. If you are looking for a book to share with a child about being adopted then this would be a wonderful book to explore together. 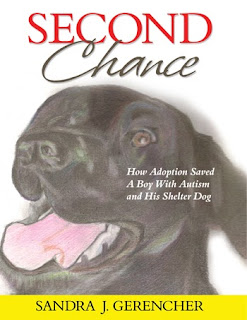 Second Chance by Sandra J. Gerencher is an emotional and inspirational look at those special people that are one step up, with the need and ability to fulfill the destiny of those that are left behind, for whatever reason. The book itself is told from the viewpoint of the young puppy that has been adopted from the shelter. It is rich in prose, and longing from both the human side to that of the animals that are also without home or care. While the book is about adoption and its saving grace, it is also about Autism and how love and grace can help a child to understand the processes. To me it also brought to light the special people in the world, those willing to find and nurture those that have been lost along the way.


I have to believe that there is a special light shown on them, not just the lost and innocent, but those that find and nurture them. It is a special characteristic unique to some, but not to all, and it is always an amazing honor to meet and know them. There is a love that wells, a bottomless source that can be drawn on, lost to many of us who can only look on in awe.

This book is fun and uniquely suited to the story it tells, Sandra J Gerencher has written a wonderful story with humor and wit. The pictures are wonderful, and the story is written to read to those special ones that we are graced with. It is enjoyable and thought provoking, but it shines in its simplicity.

Posted by Tribute Books Mama at 11:48 AM