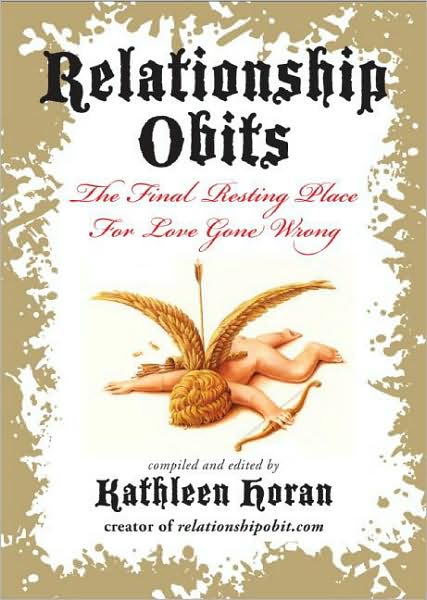 From your basic lying, cheating, no-good scum to those relationships that were doomed from the start (they were married to different people), to a man who faked his death, Relationship Obits is a voyeuristic romp through the unexplored underbelly of love and life. Kathleen Horan founded relationshipobit.com when a big breakup was followed two weeks later by the death of her father. Writing her father's obituary made her wonder what it would be like to write one for the end of her relationship. The Web site was born and thousands began to put their love to rest online. Hilarious, raw, shocking, and poignant, this collection is true celebration of love in all its manifestations.
Posted by Tribute Books Mama at 9:49 AM